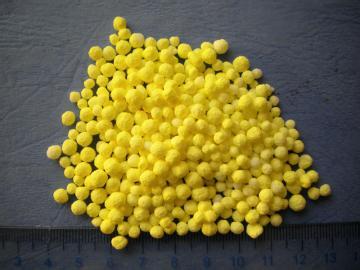 The market price of urea as a whole steadily increased, and prices in some areas increased significantly. On the 18th, the China Securities Journal reporter learned from Shandong, Sichuan and other regions that some urea companies raised the factory price again to about 1,700 yuan/ton, of which the factory price of Sichuan Meifeng had been raised to 1,800 yuan/ton. Analysts pointed out that the current price of urea has bottomed out, coupled with the beginning of winter dealers, urea prices are expected to rise steadily, urea companies in the fourth quarter performance may have surprises.

The price increase space still exists on November 18. The Business Club released some latest quotations for urea products. The ex-factory price of urea products for Sichuan Meifeng was 1,800 yuan/ton, and the factory price for Yuntianhua was 1,750 yuan/ton. West Chemicals offer is 1620 yuan / ton.

Some chemical industry analysts said that since the beginning of this year, the problem of excess urea production capacity has emerged, domestic urea commodity prices have fallen from 2,400 yuan/ton last year to a market low of 1,500 yuan/ton this year; but urea production companies are rigid due to cost, and factory quotations fall. Space is limited. In the fourth quarter, many dealers gradually began to store winter urine, urea production companies started production at full capacity, and urea prices were at a low level in the market, and overall social stocks were not large. Under the background of favorable export policies next year, domestic consumption continues to increase, urea Manufacturers' prices are expected to increase steadily.

The spread of urea discs at home and abroad is also rapidly increasing domestic market prices. Analysts pointed out that the sharp increase in Chinaâ€™s export prices has stimulated foreign traders and domestic salesmen to start restocking on a large scale, and manufacturersâ€™ price increases remain.

The fourth quarter results improved: â€œBecause of the lower market base before, it is expected that the fourth quarter urea production and sales will have improved compared to the first three quarters of this year, and the steady rise in prices is expected to continue into next year.â€ Analysts in the chemical industry accepted China An interview with the Securities News said.

From the third quarter report of Hualu Hengsheng, Sichuan Meifeng and other urea production companies, we can see that domestic urea demand is weak in the first three quarters of this year and prices continue to decline. At the same time, international urea prices are low, and international traders continue to suppress the price of urea arriving in Hong Kong, further causing the domestic urea market prices to decline, and urea products have weak supply of corporate performance. In the third quarter, the urea price was even more lingering on the cost line. Some of the companyâ€™s cash flow was not working well and the operation was stretched. Some companies even stopped production and suspended production. Under such circumstances, the urea companies' desire to seek self-help and push prices to bottom out is strong.

Since the fourth quarter, the domestic urea price has stabilized as a whole, and local prices have risen. Analysts pointed out that currently Shandong, Hebei and other places began to carry out winter storage, the recovery of demand caused by tight resources, the gradual increase in urea ex-factory prices, and the company's early inventory has been gradually digested, the pressure to ease under the price increase confidence, quarterly urea Corporate performance is expected to gradually improve.

However, some analysts believe that the winter is in the off-season fertilizer season, winter storage is not a substantial demand, the current purchase volume is not sufficient to support price stability, if the price is significantly raised or lighter storage needs tightened, plus Jiagang warm up Short-term good, therefore, the long-term urea prices still do not have a clear trend of recovery.