Defeat or activate bicycle manufacturing to share the economy

Lead: The annual China International Bicycle Show is held as scheduled. Sharing bicycle advertisements can be seen everywhere on the way to the exhibition. â€œI feel that the China Bicycle Show has changed to share the cycling show.â€ 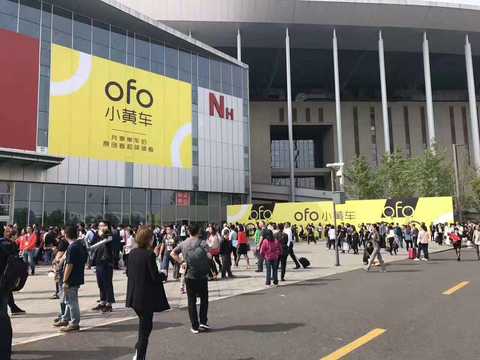 The annual China International Bicycle Show was held as scheduled, and bicycle advertisements were shared everywhere on the way to the exhibition. â€œI feel that the China Bicycle Show is changing to share the cycling show.â€ One of the exhibitors was so emotional.

Different from previous years, this year's bicycle show not only opened up a separate "Bicycle, Sharing City Development" theme area, but also displayed the bicycles of each family. It also established the first China Bicycle Association shared bicycle professional committee to share the birth of bicycles. Bringing long-lost enthusiasm to the Chinese bicycle industry.

"The arrival of shared bicycles has hit us, and the impact is beyond our prediction." Wang Chaoyang, president of Shanghai Phoenix Bicycle Co., Ltd. (hereinafter referred to as "Phoenix") told CB. When the time came back to ten months ago, the bicycle industry at that time was always in a state of weak growth momentum and weak overall demand. On the one hand, the decline in the prices of raw materials and components has intensified competition for the whole vehicle; on the other hand, rising labor costs have eroded corporate profit margins.

According to the statistics of the China Bicycle Association, in terms of production, the total domestic bicycle production in China was 80,500 units in 2016, a year-on-year decrease of 0.26%. The overall production scale of the bicycle industry continued to shrink.

Although the arrival of shared bicycles has led to a significant decline in the variety of bicycles, low-end quality, and the gradual marginalization of brands, Wang Chaoyang believes that sharing bicycles in the future will become a new normal.

Phoenix hand ino, the agreement stipulates that 5 million bicycles will be purchased in the coming year. According to the operation of Phoenix in 2016, this will bring Fengming 40 million yuan.

It is not the Phoenix family that chooses to embrace shared bicycles. The Zhonglu Group, which has a permanent bicycle brand, has invested in its own bicycle sharing application Ubike and Gonbike. In April of this year, Fujita took orders for a number of shared bicycles such as ofo, riding a donkey, and Uber bicycles. The orders ranged from a few million to a few hundred and a few hundred.

Accelerate the survival of the fittest

With bicycle R&D testing, mature bicycle manufacturing and supply chain management system, why doesn't Phoenix enter the bicycle? In Wang Chaoyang's view, on the one hand, the risk awareness of traditional enterprises is too strong, and more is the cost of failure.

In addition, traditional bicycle manufacturers lack the corresponding genes, which are more directed to the ability of the Internet to operate. Previously, Phoenix tried to launch smart bicycles, but the lack of Internet promotion and application, sales are not ideal.

â€œWhether it is a solid tire or a self-generating device, or even an electronic lock with a communication module, these traditional bicycle companies have invented it many years ago, until these top technologies in shared bicycles really enter thousands of households, the bicycle industry. It also achieved a long-lost burst of output growth and profit improvement," said the president of theo, Ma Yeming.

The arrival of shared bicycles has also accelerated the reshuffle of the entire industry. Pingxiang County, Xingtai City, Hebei Province, is known as a bicycle town. The annual production of bicycle companies is 40 million, and the production of spare parts to complete vehicles is perfect. With the rise of electric vehicles, the local bicycle industry was once greatly affected, and many bicycle factories transformed sports cars or children's cars.

Starting from this year, some bicycle factories in Pingxiang County, such as Hebei Hengchi Bicycle Parts Co., Ltd. and Xingtai Youjie Technology Co., Ltd., have begun to receive orders for shared bicycles, and hundreds of thousands or even millions of orders have made these factories Itâ€™s quite busy. At the same time, due to the arrival of shared bicycles, the sales of traditional bicycles have declined. The bicycle companies that are on the low-cost basis are on the verge of bankruptcy, facing the explosive growth of the number of shared bicycle orders. The output and production capacity of small factories are insufficient. The merger has become more common.

Sharing bicycles at the show also attracted a lot of attention from foreigners. Paul-Adrien Cormerais, founder and CEO of British startup Pony bikes, and members of his team stopped in front of Xiaoming bicycle booth for a long time, and finally he took out 200. Yuan Renminbi bought a smart lock, he told reporters that they are doing technical preparations, and plans to put this model to the UK.

Spider Fitting normally use for glass curtain wall. JIANGYI has specialized in door hinges since 2000. We have many kinds of spider fitting, such as one arm, two arms, three arms, four arms, 180 degree, 90 degree and so on. All of them are in High quality and inexpensive. Furthermore, we can produce it according to your new style.

5. Must be tempered glass