Why is it forbidden to use clay bricks?

Reading: Building a new house by yourself will involve the purchase of bricks and tiles. Today we will introduce what is the content of the clay bricks and the policy of prohibiting the use of clay bricks. I hope to help bring you home construction! 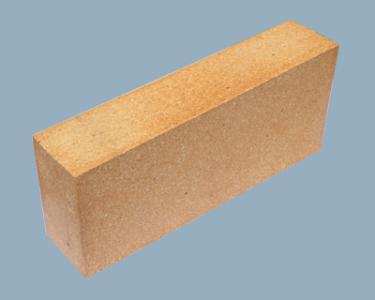 Building new houses by yourself will involve the purchase of bricks and tiles. What will be introduced today is what are the clay bricks and the policy of prohibiting the use of clay bricks. I hope to help your house construction!
What is a clay brick?
In short, clay bricks are often referred to as building bricks in construction. They are man-made small blocks. They are made of clay as the main raw material, processed by mud, formed and then dried and baked. It is the oldest and most traditional building material used in our country. The clay bricks currently sold in the market are classified into solid bricks and hollow bricks. Solid bricks are used as brick-concrete structures, and hollow bricks are used in frame structures.
The difference between solid bricks and hollow bricks is that the porosity of solid bricks is less than 25 percent, and the porosity of perforated bricks is greater than or equal to 20 percent. Hollow bricks have a hole rate of about 40%.
The clay bricks are uniformly sized to 240mm x 115mm x 53mm and are classified into 6 strength grades: MU30, MU25, MU20, MU15, MU10, and MU7.5.
Due to the fact that clay bricks are locally sourced, the cost is low, the price is low, and the effect of fire prevention, heat insulation, sound insulation, and moisture absorption is obvious, so it has been used since the Spring and Autumn and the Warring States period. However, due to the large number of houses built, clay soil consumed by clay bricks is produced each year. The huge power consumption of coal, and its heavy weight, are gradually being replaced by hollow bricks with good texture and good performance. The lime sand brick adopts lime, quartz stone, sand or fine sandstone, after grinding, mixing with water, semi-dry press forming, and then autoclave curing, and the fly ash is used as the main raw material for the divided bricks. The coal gangue powder or clay, etc., after being compounded, formed, dried and baked, can fully utilize industrial waste and save fuel.
The policy of banning the use of clay bricks may have aroused great repercussions in the construction industry, but it may not be known or even known to ordinary consumers. When it comes to the construction of a new house, we must know it. Here's a brief introduction to the ban on the use of clay bricks:
Refused to fully count, China's annual production of clay bricks consumes as much as 70 million tons of coal. And a large amount of farmland was destroyed. The promulgation of solid clay bricks that prohibits or restricts high energy consumption by the state can achieve the production of new wall materials with low energy consumption and good thermal insulation properties. This is an improvement for energy and construction itself.
According to incomplete statistics, China produces clay bricks that consume more than 70 million tons of standard coal each year. By prohibiting or restricting the production of solid clay bricks with high energy consumption and developing new wall materials with low energy consumption and good thermal insulation properties, not only can energy be saved in the production process, but also the building function can be effectively improved. Reduce energy consumption.
The above policy on what is a clay brick and the use of clay bricks is introduced here. Thank you for your attention!